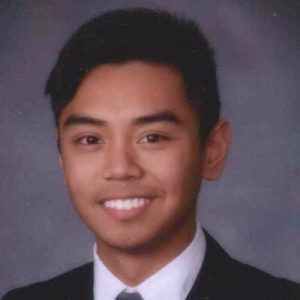 It is no surprise that there has been a decline of shoppers in brick-and-mortar stores and an overall mindset of in-person shopping in general during the pandemic. This will obviously have a ripple effect on how shoppers shop for their loved ones for the holidays. Some retailers have continued to be cautious and kept their stores to have a certain capacity, so it is safe to say that the 2020 holiday season will be more reliant on e-commerce shopping than in-store shopping.

According to a Statista survey, 49 percent of the respondents will prefer to shop online than in-store. Ultimately, customers are now more hesitant about in-store shopping and are shifting more towards online shopping.

The types of gifts shoppers will be purchasing will also be significantly affected this year. Since events that attract large crowds are essentially non-existent during the pandemic, gifts such as tickets for sporting events, concerts, or large events in general are out of the equation. Instead of experiential gifts, shoppers will revert back to tangible products.

Retailers have adjusted the way they conduct business because of the pandemic. Amazon, for example, has been thriving from the spike in online shopping during the pandemic and Amazon Prime Day, which is usually held in mid-July and was delayed until October (Tuesday, October 13 to Wednesday, October 14). This will certainly have implications on Cyber Monday deals other retailers usually have after Black Friday.

Other retailers, such as Walmart, Target, and Dick’s Sporting Goods, have opted to close their stores on Thanksgiving Day due to the pandemic. These decisions were influenced by government regulations concerning capacity issues and overall uncertainty with what kind of effect the virus will have in the fall and winter.

Instead, retailers are offering Thanksgiving and Black Friday deals earlier on their websites to accommodate for the limited capacity and closures of their stores. As a result, the holiday shopping frenzy will look slightly different in 2020. The shift will be less about the Black Friday doorbuster sales and more about e-commerce website sales.  Thus, the anticipation of shoppers doing their holiday shopping online is causing retailers to prepare for early shoppers. With the likelihood of shoppers ordering their gifts online will have consequences on shipping.

Optimizing websites for increased e-commerce sales will be important to keep with the uptick in online shopping. This shift in consumer behavior only stresses the importance of having high-quality product images on websites. Holiday shoppers will need these images to be accurate of what gifts they are buying. Visually misrepresenting products in a two-dimensional platform will have a negative impact on conversions and affect return rates.

Consumers and retailers have already experienced many shipping delays because of COVID, so retailers and consumers should be aware that the trend will be even more apparent going into the holiday season. It is best that both shoppers and retailers be prepared early. Shoppers will likely start their holiday shopping sooner rather than later to avoid late gifts or products that are out-of-stock.

Shoppers will be buying more online for the foreseeable future. The pandemic has been impacting the way shoppers shop. The upward trend of online shopping will continue into the holiday shopping season. Being aware of consumers’ behaviors and making sure e-commerce websites are well prepared will maintain the way companies have been thriving throughout the COVID-19 pandemic. Holiday shopping will look different this year, but it will be starting earlier than it did in the past. Best be prepared for it.